If you’re old enough to have stepped foot in a hospital prior to, say, 1975, you remember it as a place of rest. Churches, libraries, and hospitals were once mandatory quiet zones, with signs plastered outside most American hospitals reminding passers-by to hush – there were, after all, people trying to heal inside.

Hospitals are still places of healing, but that doesn’t mean they’re restful.

For the past few years, American hospitals have been required to survey patients and report on 10 different measures of patient satisfaction. Nationwide, the number one complaint among patients is noise.

Noise disturbs the sleep of patients, and much of the noise is avoidable. Patients in a Washington State hospital – Washington State’s hospitals are ranked the noisiest for some reason – complaint that loud conversations between nurses and others taking in the hallway kept them up half the night.

Staff at Olympia’s Providence St. Peter Hospital have been trying to pipe down for a few years now, and they’re not kidding. Annette Stier, director of the women’s and children’s clinic at Providence St. Peter Providence will clap to trigger one of the noise detectors installed in her section of the hospital when the clamor gets too loud.

“When the quiet light comes on, it tells me we need to slow our voices down, and we need to be quieter,” she says.

Quiet is particularly important in this section of the hospital, in which some of the facility’s most vulnerable are struggling to get well. Premature babies, for instance, are highly sensitive to noise and will jerk violently when noise startles them. Sometimes loud noise will trigger a reflexive action that makes them hold their breath. These physical reactions to noise can cause them to use up their stores of glucose, which will need to be replaced via IV drip.  In their case, noise is downright detrimental to their well-being.

Providence St. Pete’s has installed noise-absorbing materials in many of its wards, reduced the number of overhead pages, and instituted afternoon quiet hours. Other hospitals are beginning to report similar efforts, although it’s a rough road for many of them. Noise has been a part of the hospital backdrop for decades.

Paul M. Schyve, M.D., Senior Advisor, Healthcare Improvement at The Joint Commission – an organization based in Chicago that certifies quality and safety at hospitals nationwide – says that noise in hospitals isn’t just aggravating, it’s potentially dangerous to patients and staff.

“There’s more machines with more alarms, and essentially they become confusing and overwhelming to the people that are working in that setting, so there may be, literally, in some settings, an alarm going off all the time, and frequently more than one alarm.”

Each manufacturer puts a different set of bells and whistles on its medical devices, each one designed to be more alarming than the competitor’s. Schyve says that essentially, the brain habituates to background noise that’s always there. So if alarms are going off all the time, sooner or later that alarm actually registers less in your brain than it did originally. 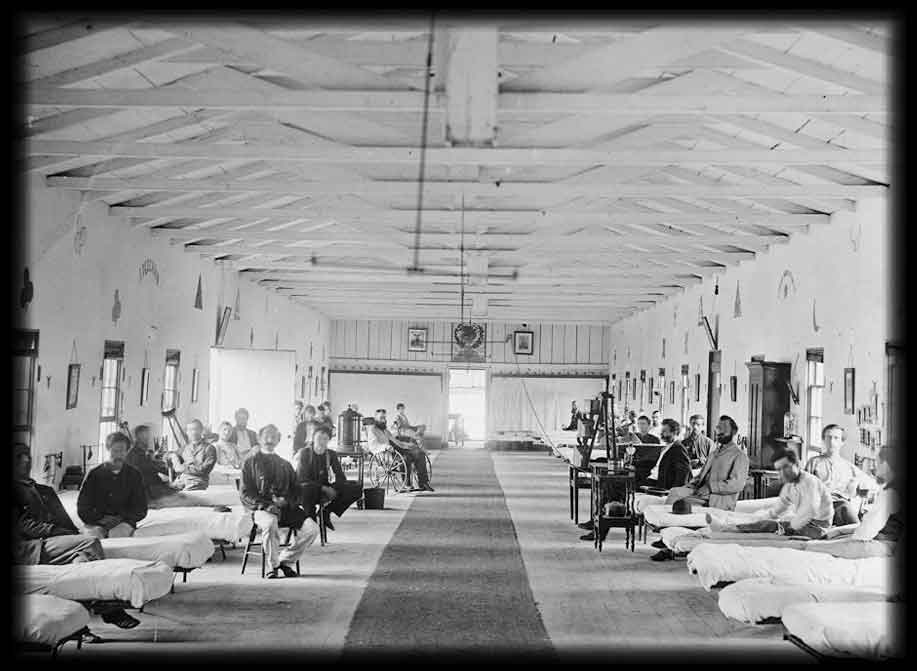 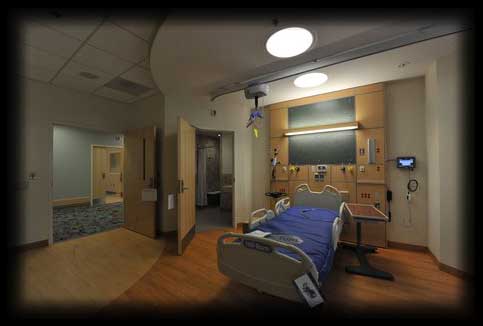 It’s a phenomenon known as “alarm fatigue.” Nationwide, the Food and Drug Administration reports about 140 deaths a year related to patient alarms. In many cases, medical staff ignored or failed to notice a key alarm.The Joint Commission plans to make alarm fatigue a top priority for improving hospital care.

Schyve says alarms on medical devices are a vital part of health care, but he says it will take cooperation of hospitals and equipment manufacturers to find a way to make essential alarms rise above the noise.

For  many hospitals across the U.S., problems in managing noise is inherent in the structure itself – narrow hallways with patient rooms crowded together, and nurses gathering at centralized work stations whose conversations ricochet off solid surface walls and into patients’ rooms.

When multiple conversations are going on, those doing the talking are apt to raise their voices to be heard over the others, adding to the hospital’s high decibel background noise. The result is a cacophony of sound from which patients cannot escape, and studies show it is lengthening recuperation time and in some cases, creating new health problems.

Although many hospitals are making an effort to instruct nurses and other staff to lower their voices when they talk, the acoustical problems inherent in these old buildings make quieting noise difficult.  While sound abatement material is being introduced to some hospitals who have committed to addressing the noise problems, nurses are being assigned to work alone or in pairs at much smaller, less chatty and less centralized work stations.

Ironically, concerns over noise in hospital settings is nothing new. In 1859, Florence Nightingale was a fierce protector of peace and quiet among the ill, calling unnecessary noise “the most cruel absence of care which can be inflicted either on sick or well.”

Ms. Nightingale would be appalled to spend even a few minutes in a modern hospital, as machines and electronic gadgets have proliferated in the health care environment and hospitals have become noisier in modern times, rather than quieter.