There are no specific noise standards, criteria or assessment methodologies which cover this type of noise complaint. The impulsive nature of the noise becomes more noticeable during the night when the overall noise environment is quieter. The intermittent and constant nature of movements makes this type of noise very intrusive. What is it?

An expansion is an assembly designed to safely absorb the heat-induced expansion and contraction of construction materials, to absorb vibration, to hold parts together, or to allow movement due to ground settlement or earthquakes. They are commonly found between sections of buildings, bridges, sidewalks, railway tracks, piping systems, ships, and other structures.

Expansion and contraction caused by temperature changes, shortening and creep caused by pre-stressing, deflections caused by live loads (moving, variable weight added to the dead load or intrinsic weight of a structure or vehicle), and longitudinal forces caused by vehicular traffic all combine to produce nearly continuous motion in highway bridges. Bridge expansion joints are designed to permit the longitudinal movement and small rotations presented on bridge decks. While there are many types of bridge joint systems in use today, they can be classified as either open or closed joint systems.

Bridge joints make noise and a loud noise at that. When in your vehicle, you may hear a muffled noise, but those within earshot hear a much louder noise. When traveling over bridge joints in a motorized vehicle, it creates a short noise impulse that can range from 70-105 decibels on a sound meter. How loud is that? As loud as a garbage disposal, dishwasher, lawnmower, and even sometimes if the bridge joint is broken or damaged, it can get as loud as a bulldozer.

Noise events due to vehicles passing over bridge expansion joints occur when vehicle tires strike the rectangular face of the expansion joint units and traverse the discontinuous surface profile. It can also be induced by the unevenness of the surface of the expansion joint itself and of the road surface before and after the joint.
In addition, bridge joints wear out and come loose creating an uneven surface (see photo). This often jostles empty tractor trailers and creates an additional booming sound that can exceed 80 decibels. Residents who live near bridges often hear the continuous noise all day and night long.

Noise not only occurs on top of the bridge deck, but also under the bridge near the abutments. An environmental noise nuisance results from the interaction of vibration of the bridge expansion joint with acoustic resonances produced inside the abutment void space below the joint (see photo). Often times, bicycle and walking trails pass directly under bridges and they are often less than 10 feet from the noise source. The loud impulse noise that can reach 105 decibels, thus becomes a problem with pedestrians, often resulting in complaints to the county or bridge owner.

Loud and constant bridge joint noise or secondary noises like the jostling of trailers on tractors, is an annoyance for people living near the bridge. It’s another loud noise they have to contend with in their environment, an environment already filled with loud noises from jet airplanes, trains, construction equipment, traffic, and small engine powered tools such as lawnmowers and leaf blowers. 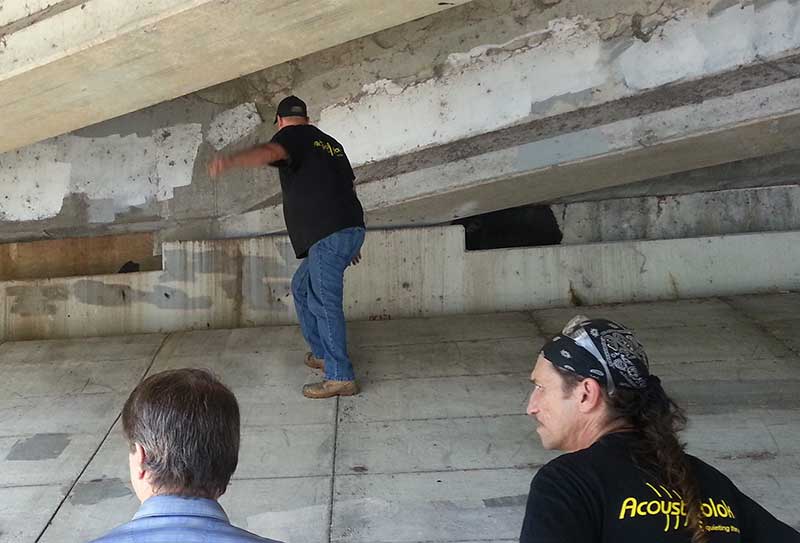 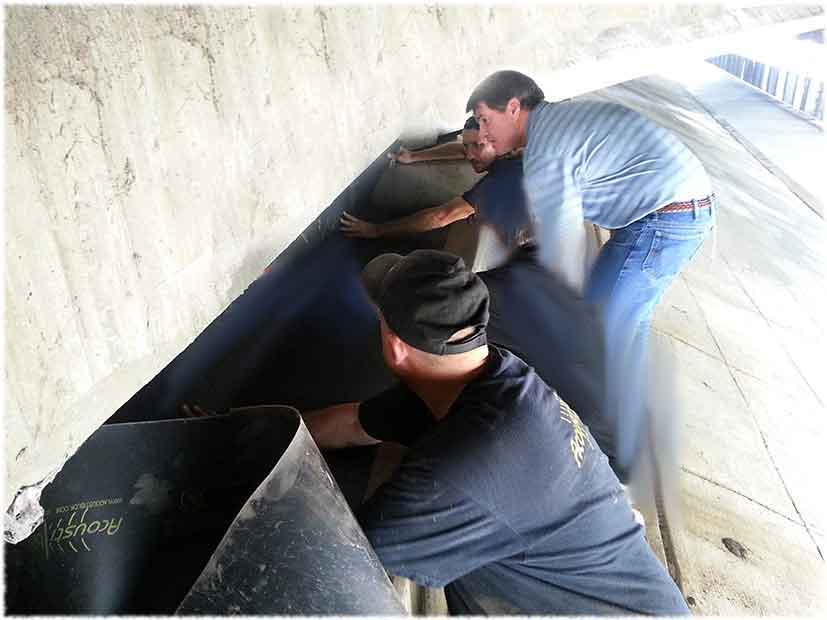